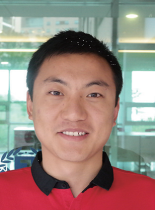 Media Officer, Bhutan Olympic Committee, Bhutan (March 2011-2015)
• Developed and managed all plans and policies on communication strategies of the National Olympic Committee.
• Communicated positively the vision, mandate, future plans and direction of the BOC
• Exchanged of information with national and international community through various communication strategies through a versatile website, pamphlets, brochures, media releases etc.
• Carried out all other duties as may be assigned by the management.