DTM in PyeongChang 2018 Olympic Winter Games
The PyeongChang Winter Olympics officially opened on last Friday with various artistic performances, fireworks, K-pop and dance, and the opening ceremony at PyeongChang Olympic Stadium featured Olympic squad from 91 countries, including a delegation from North Korea. Especially, Thomas Bach expressed his gratitude to all volunteers for all their hard works during the opening address. “Thank you to everyone who has made this moment possible. A special thanks goes to the thousands of volunteers who have welcomed us so warmly: Thank you, volunteers. this Olympics is considered to be one of the most successful and peaceful Olympics in history because of volunteers’ passions and ambitions,” he said.   DTM 4th batch students  were present at the scene, and they are going to provide services Olympic and Paralympic Games’ spectators and participants across certain areas: Operational Support and Protocol/Language Services as volunteers. Several DTM graduates were also in the PyeongChang 2018. Enkhtsatsral Ulzii-Orshikh has been working as a NOC Assistant volunteer for the Team Mongolia. The NOC assistants help assigned team for everything they ask andwork in a team as well. In team Mongolia, there are total of 4 assistants, and she is the focal point of the volunteers. She attend the daily briefings and discuss the schedules with the team officials and prepare the plans for everyone. 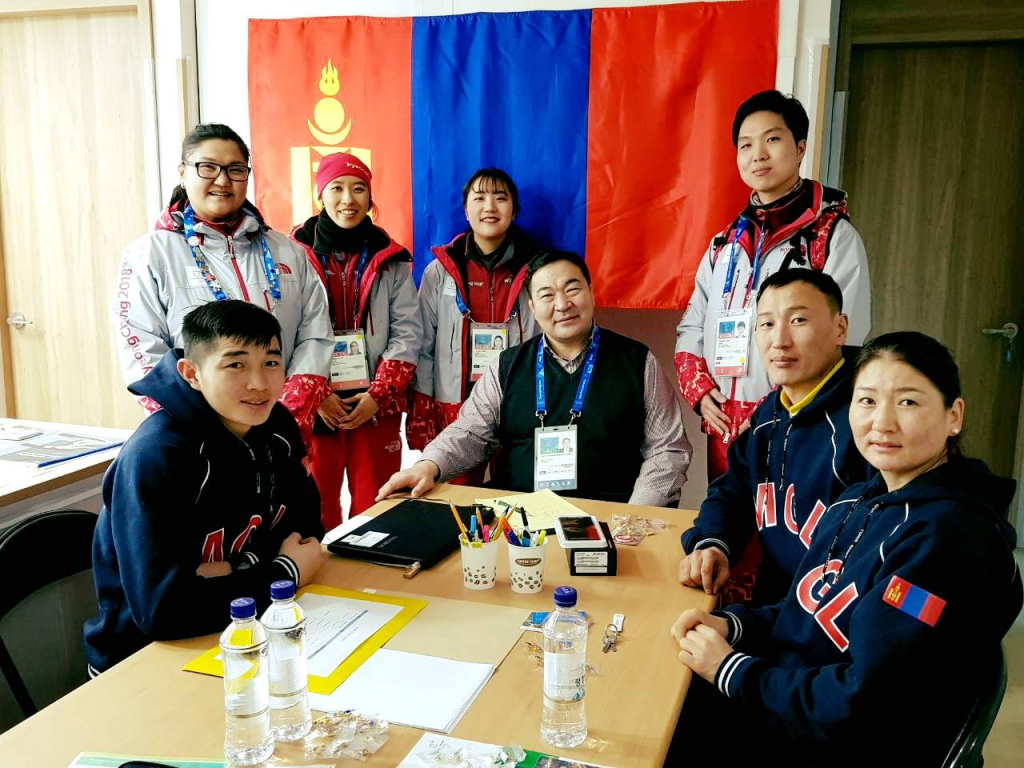 (Enkhtsatsral Ulzii-Orshikh, second from the left, with the Mongolian NOC staffs and athletes.) 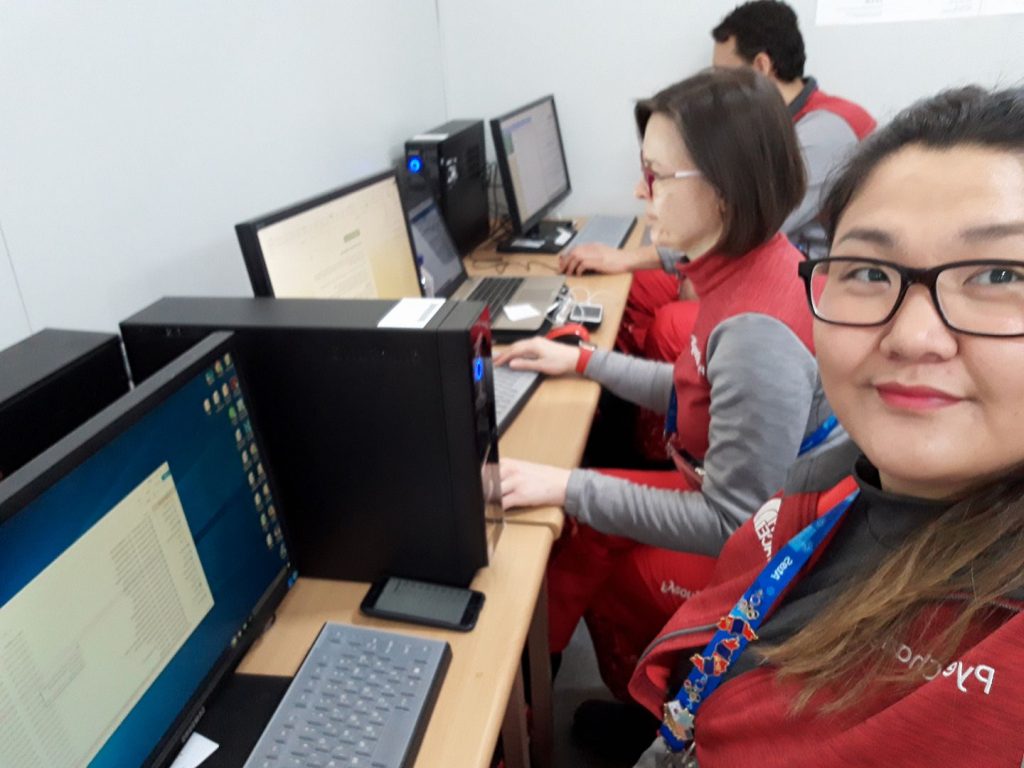 (Enkhtsatsral working as a NOC Assistant volunteer for the Team Mongolia.)   During the Olympics, Eduardo Butter Scofano and Juan José Carlos, are assigned to the Olympic Organizing Committee to support management of Gangneung villiage and devising a deployment plan of resources and human resources. Also they are going to do sponsorship related supporting tasks.  Their participation and activities will be crucial to the success of the PyeongChang Olympics. 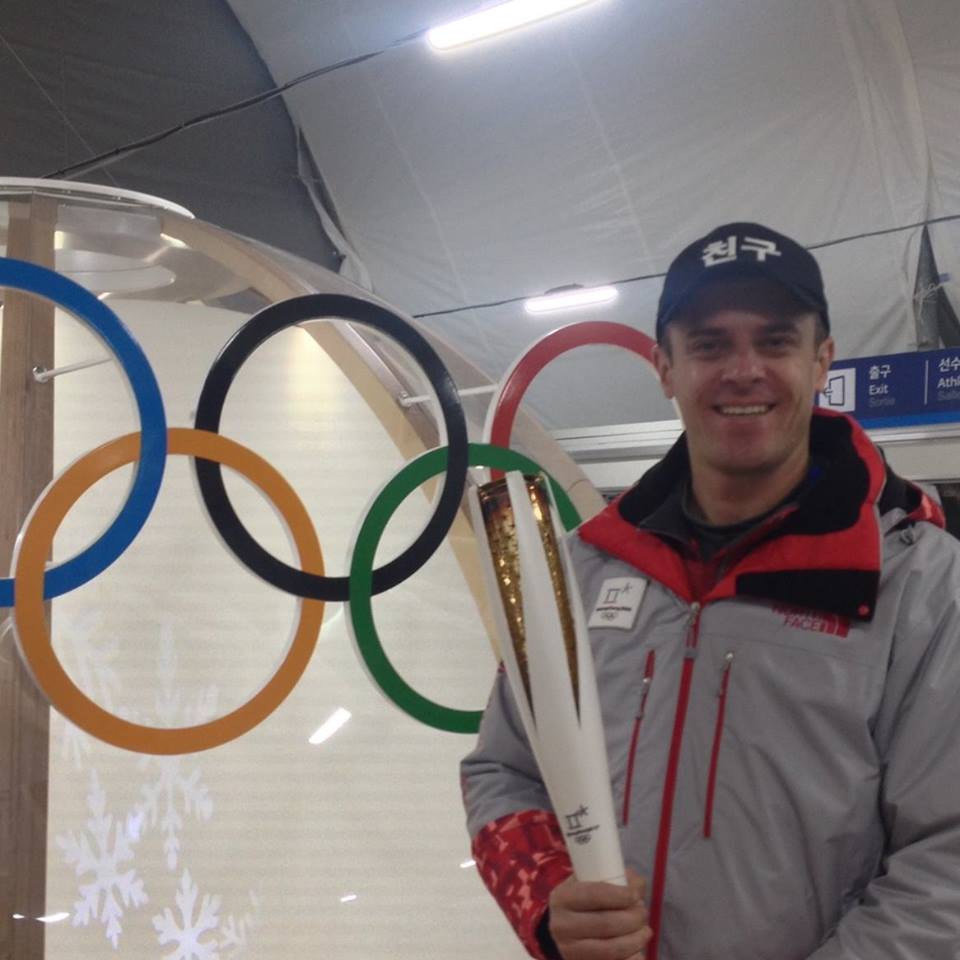 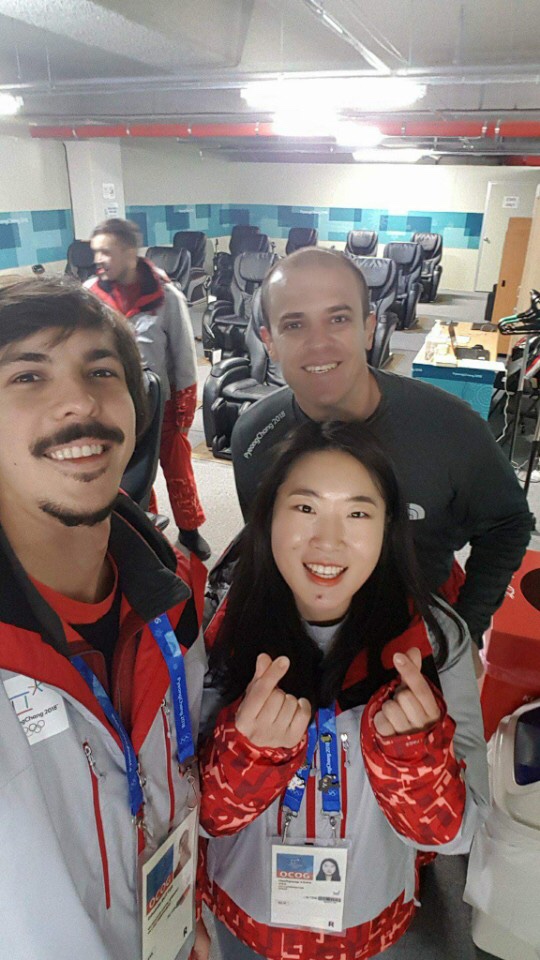 (Eduardo Butter Scofano is posing for a picture with other volunteers.) During the field trip to the PyeongChang 2018 Winter Olympics on Feb 13th, 2018, DTM met the 2nd batch graduate, NGUYEN, Quang Vinh. He currently works for the Vietnam Anti-Doping & Sports Medicine Agency (VADA). It was a memorable moment for both 5th batch and Quang Vinh to share the moment of the PyeongChang 2018  and the legacy of Dream Together Master. 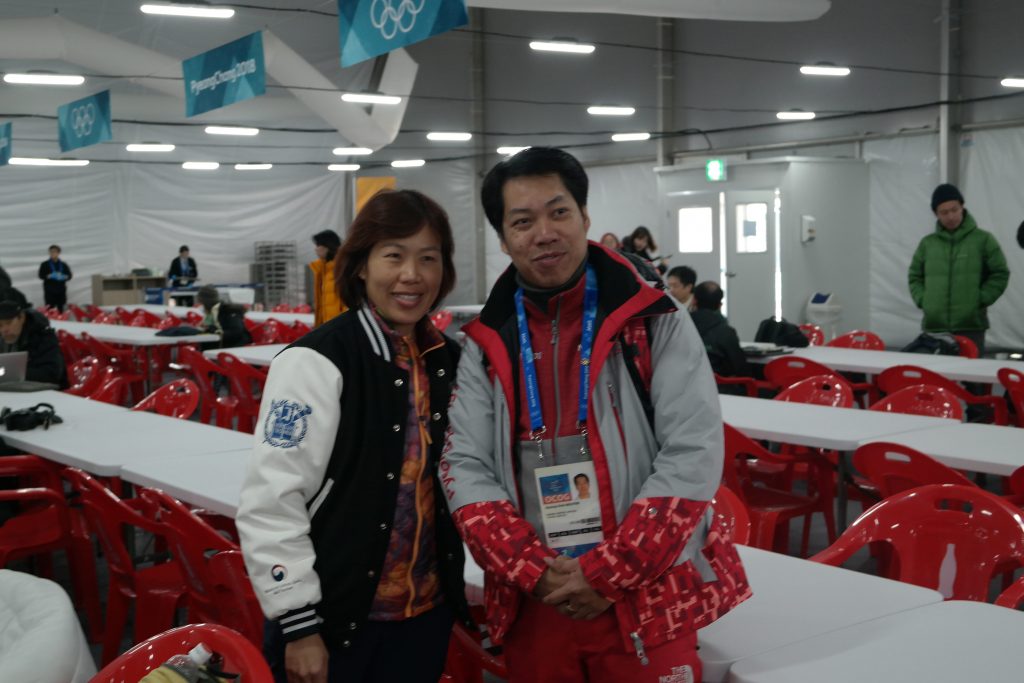 (Quang Vinh with Merey Tan in the PyeongChang 2018)